I recently joined up with Musical-U which is a site that helps you become more musical using simple online training. They are focused on providing you with the tools that traditional music training lacks. Tools that help you freely express yourself in music by playing by ear, improvising and jamming with other musicians. I am only just starting out on my journey with them but already it has made a huge impact on my attitude towards playing by ear. I am doing things that I never thought I could do. I always thought I just "didn't have the ear".

One of the suggestions they offered up to help you start playing by ear is to simply start playing by ear. Start by picking out the chords and melodies to simple songs that you already know quite well. Nursery rhymes are a good place to start.  They say that you should do this every day, not with the aim of perfecting the piece but to improve your ability to play by ear. They suggest picking a different song every day and to simply find a note on your instrument and start playing the melody. I started out by picking out the melody to Amazing Grace on my guitar. I quickly realised that I could used Band-in-a-Box to help me on this quest as playing the melody to Amazing Grace in isolation is very unsatisfying.

First I leaned the to play the basic melody on a single string on my guitar using my ears and a basic knowledge of scale intervals. (Tip: start with any open string on "Ah..." then go up to the fifth fret "...mazing", which is a perfect fourth). Then I made a basic track as described here 6 simple steps to make cool backing tracks for popular cover songs using Band-in-a-Box. I just picked the key of G to start out with. I then figured out that the note on the fifth fret is the tonic of the song (not the note on the open sting) and so I could play the entire melody in the key of G on the the D string of my guitar.

Assuming your song is in a major key, there is more information on to find the tonic here How to Find the Tonic of any song in a Major Key (I used the tip of trying to see if the last note played was the tonic and it was!)

I then slowed the tempo of the Band-in-a-Box song right down to 65 bpm. 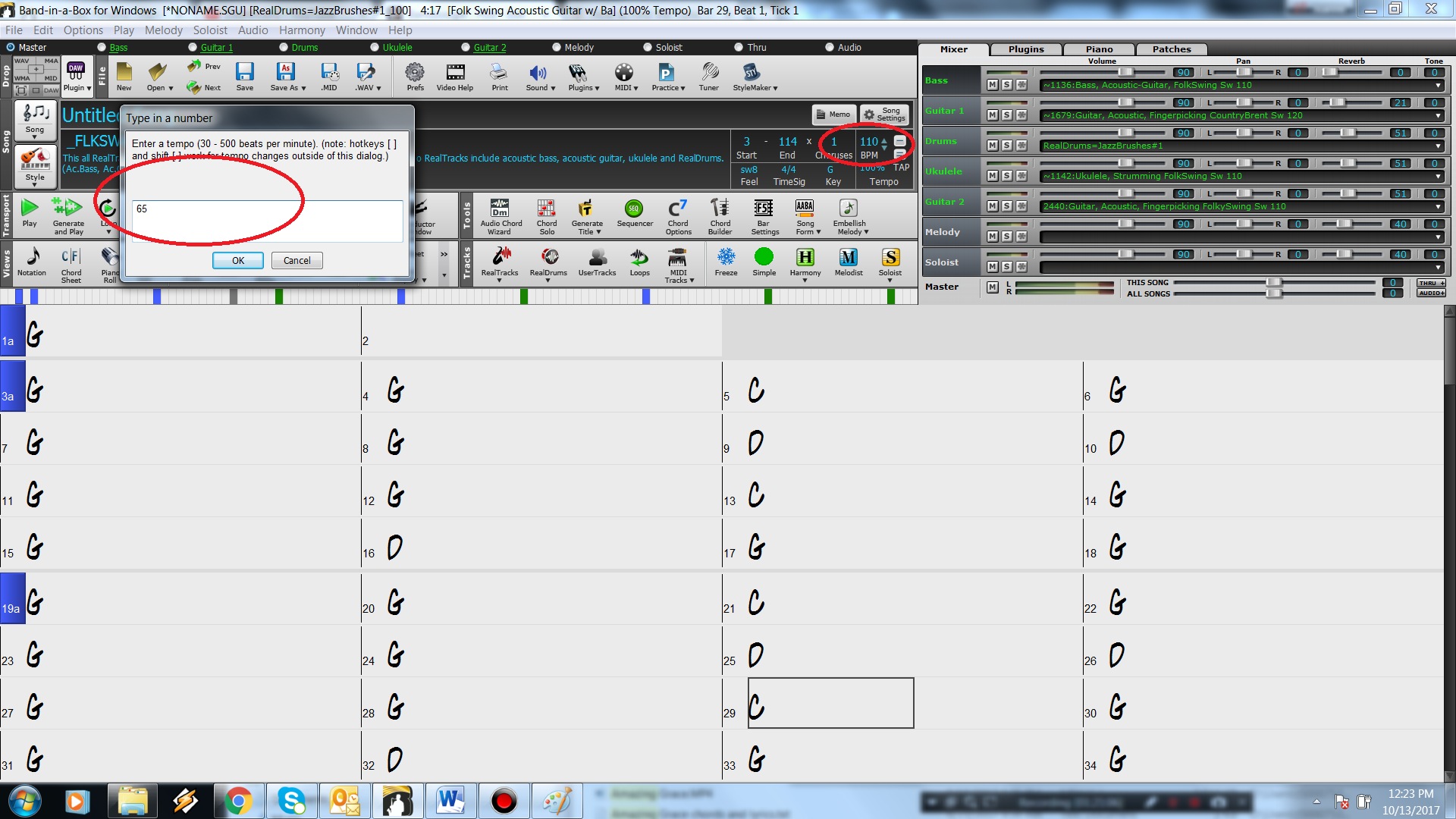 I then played along to the backing track on the D string of my guitar. I slowly increased the tempo until I was back up to the starting tempo of 110 BPM.

I then changed the key to C 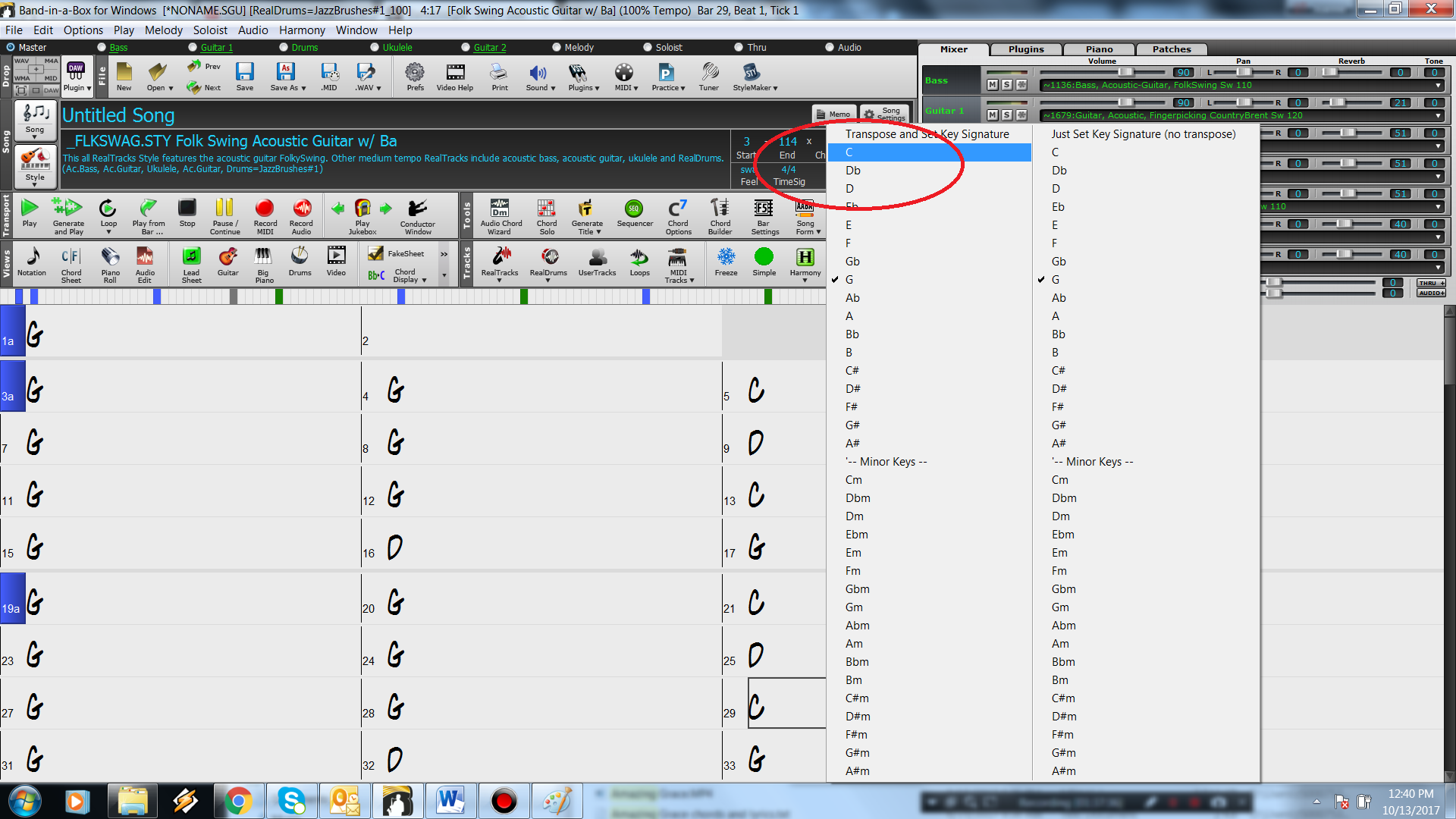 Then I played the melody on the G string of my guitar.

I repeated the exercise of playing the entire melody on one string for the keys of E, D and A (on the open B, A and D string respectively).

I then went back to the key of G and played the melody on the first three frets using the D, G and B strings, thus keeping my fingers hovering over the same place on the fret board and learning the G scale at the same time. Lastly I repeated the exercise for the keys of C, E,D and A.

Once I was happy with playing the melody in all these major keys I tried figuring out the melody starting on other positions on the guitar fret board, knowing that if I start the melody on the D string on the fifth fret the song will be in the key of C

Then I started having a bit of fun and changed the style of the Band-in-a-Box and started improvising around the melody. By the end of that I was pretty sick and tired of the song and decided to move onto another song!

I think if I try and repeat this exercise every day or so I will pretty soon be able to improvise and jam along without having to memorise scale patterns on the fret board.

I would love to hear your tips for using Band-in-a-Box to help you to play by ear.